The Snowdonia Mountains and Coast region truly is the heartland of the Welsh language. Here Welsh is the day to day language and is spoken and understood by the majority of the population.

Welsh is one of the oldest languages in Europe and belongs to the Indo European family of languages. The Welsh are descendents of Celtic tribes who came to Britain in around 600 B.C. During the Roman occupation, the Celts spoke ‘Brythoneg’ and borrowed terms from the Latin including pont/pons, eglwys /ecclesia, ystafell /stabellum which still exist in the modern day Welsh language.

Sometime between 400 and 700 AD Brythoneg became Welsh and it is closely related to Cornish and Breton.  The oldest surviving works in old Welsh date back to the 7th century making them the oldest attested native language in Europe. The earliest Welsh language poems are part of what is known as the heroic tradition, the most famous of which were written by Taliesin and Aneirin. Aneirin is best remembered for his poem Y Gododdin that commemorates a small band of Welshmen and their heroic battle at Catraeth (Catterick) around 600AD. This is the first work to mention the Welsh warrior leader Arthur. These works can be seen in Llyfr Aneirin (Aneirin’s Book) and Llyfr Coch Hergest (Hergest Red Book). These were recorded in monasteries during the medieval times but the poems date back to 595 and 850 AD. This is the oldest recorded poetry in Britain. At the same time the most famous and influential of medieval stories known collectively as the Mabinogion were also recorded and refer to Celtic times and gods.

During the Middle Ages, Welsh was the language of the law courts in Wales, and the Laws of Hywel Dda were central to the system.  The Normans conquered Britain in 1066 and French became the official language whilst English became the language of the field and the working class. However, Welsh retained its status as a cultured language and was fostered by the princes. The passing of the 1536 and 1542 acts of union brought significant changes to the use of Welsh, with English becoming the official language of business and administration. Following the act it was not possible for a monoglot Welshman to hold an official office in Wales.

With its lost status the language was in decline and would have been further endangered had not Elizabeth I, in order to spread Protestantism, decreed that the Bible should be translated into Welsh. Bishop William Morgan’s Welsh Bible was published in 1588 and this probably did more to save the language than any other action in its history.

In the 17th century, Nonconformity spread rapidly in Wales and Welsh became the language of most of the chapels. Schools were also set up to teach children to read the Bible. Consequently many people in Wales were literate. With the advent of the press over 25,000 Welsh books were printed in the 18th century alone.

The 1847 report, known as the ‘Treachery of the Blue Books,’ castigated Welsh culture and education and stated that the problems of poor levels of education lay with the Welsh language. To enforce English as the language of education the ‘Welsh not’ was used in many schools – this was a piece of wood engraved with WN, hung around the neck of the first child to speak Welsh in the classroom.  This was then handed to the next child who committed the ‘offence,’ with the last child to wear it at the end of the day being punished.

During the First World War it is estimated that over 20,000 Welsh speakers lost their lives and in the 1930s during the depression, hundreds of thousands of people left Wales to seek work elsewhere. The death rate in the Snowdonia Mountains and Coast area outstripped the birth rate. The Welsh language was not a priority at this time.

These circumstances, among many others, led to the establishment of Plaid Cymru in 1925 and the arsonist attack on the RAF bombing school in Penyberth, Llŷn Peninsula.  At the same time Urdd Gobaith Cymru, the Welsh league of youth, was founded by Sir Ifan ap Owen Edwards and there was a huge growth in Welsh language writing and literature.

In 1962, Saunders Lewis, one of the three that set light to the RAF bombing school in Pen y Berth near Pwllheli, hit the headlines again with his revolutionary BBC radio lecture ‘Tynged yr Iaith’ - the fate of the language - which urged people to save the language through revolution.  His words of warning inspired the young people of the 60s to form Cymdeithas yr Iaith, a non violent pressure group that campaigned for the language’s survival. Many were imprisoned for their actions.  But their achievements resulted in many gains for the language, including two Welsh language acts, bilingual road signs, BBC Radio Cymru, the establishing of S4C, the Welsh language television channel, and bilingual education.

The 2001 census shows that the number of Welsh speakers had risen for the first time for almost a century.

Today the language plays a major part in national and local government, education, business and commerce, administration and culture.  The main cultural  festivals are the  National Eisteddfod and the Urdd Youth Eisteddfod which celebrate the wealth of Welsh talent in classical, rock, and folk  music, poetry, drama, prose, art and science. There are galleries, theatres, museums, concert halls and libraries throughout the Snowdonia Mountains and Coast area to host and support the hundreds of Welsh language cultural activities that take place in the region every year.

Wales has two living languages, one that is singularly our own and the other we share with the rest of the world. Both extremes in terms of use of the Welsh language exist within Mid-Wales as it encompasses some of the regions where the language is strongest and spoken by the majority of the population – in Bala for instance over 81% of the population are fluent Welsh speakers (2001 census)...

...Welsh is the natural form of communication for many people in Wales. The 2001 census figures released in February 2003 showed an increase of around 80,000 in the number of people in Wales who can speak Welsh. The figures also demonstrated that 37.7% of children between 3 and 15 years of age in Wales can speak the language – an increase of 13.4% since the previous census in 1991.

The remote, one time abandoned quarry village of Nant Gwrtheyrn on the Llŷn Peninsula is the unlikely venue for a Welsh Language and Heritage Centre. Bought from the Amie Stone Company by a group of Trustees in 1978, the whole village has been restored over the years. It now houses a comprehensive Heritage Centre, accommodation in the refurbished village houses, a restaurant and shop, and wedding and conference facilities. The Centre specialises in Welsh residential courses for Welsh learners.  Set in beautiful surroundings the village has proved a tourist attraction as well as a centre for learning. 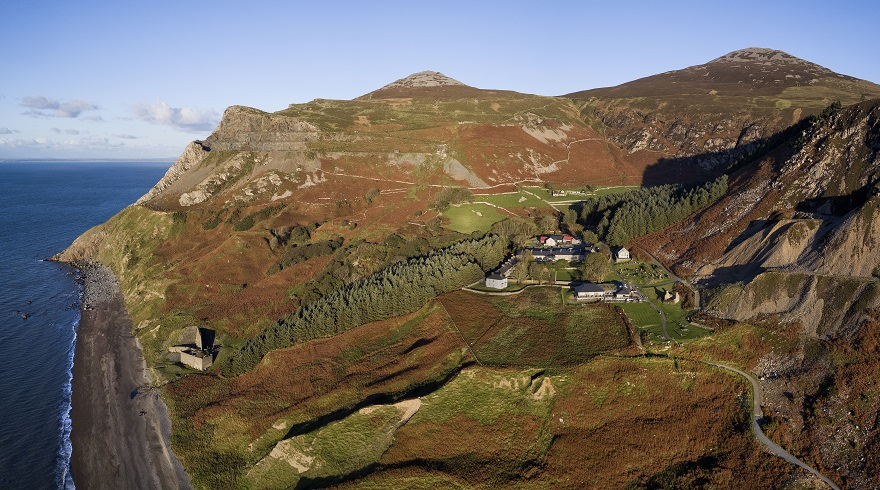 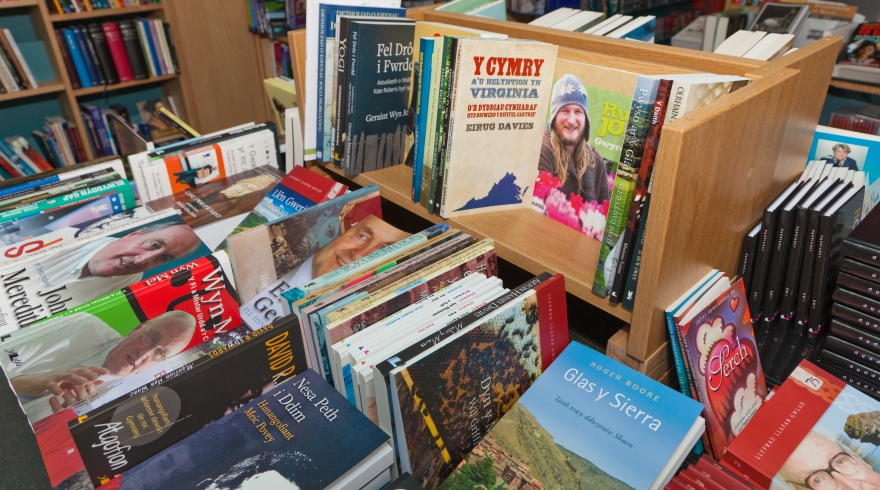