Oriel Caffi Croesor @ Cnicht is a small café and art gallery, nestling in the valley Cwm Croesor, between the mountains of Cnicht and Moelwyn Mawr. Cyfeillion Croesor / Friends of Croesor was established in 1998 as a cooperative movement to improve the culture, economy and environment of Cwm Croesor. Initially they created a playing field near the school and the existing outdoor swimming pool was improved. In 2000, Siop Mela, a shop selling second hand goods was opened in Penrhyndeudraeth to support the movement and to raise money for local charities. Bryn Gelynnen farm buildings were purchased in 2001 to be adapted for community use. Caffi Croesor was opened in 2007 and later in 2008 a gallery (the oriel) was opened in one of the barns. After many incarnations, Bev Dunne, an artist living in Croesor took over the running of the café and gallery in May 2016. Whilst the café itself is run as Bev’s own business, all the commission on art sales goes to Cyfeillion Croesor to pay for the maintenance of the existing buildings and to begin to convert the remaining farm buildings for community and commercial use. 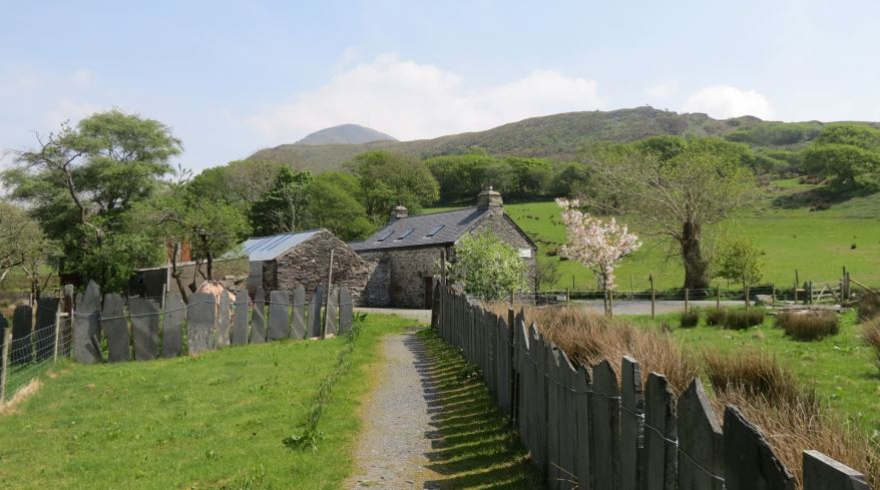