Ynyscynhaearn sits on the former island (Ynys) in Llyn Ystumllyn at the end of an ancient causeway. St Cynhaearn is said to have first worshipped here in the 7th Century. The nave is 12th century and the north transept is 16th century, but in architectural terms it is the extraordinary interior which makes it special. 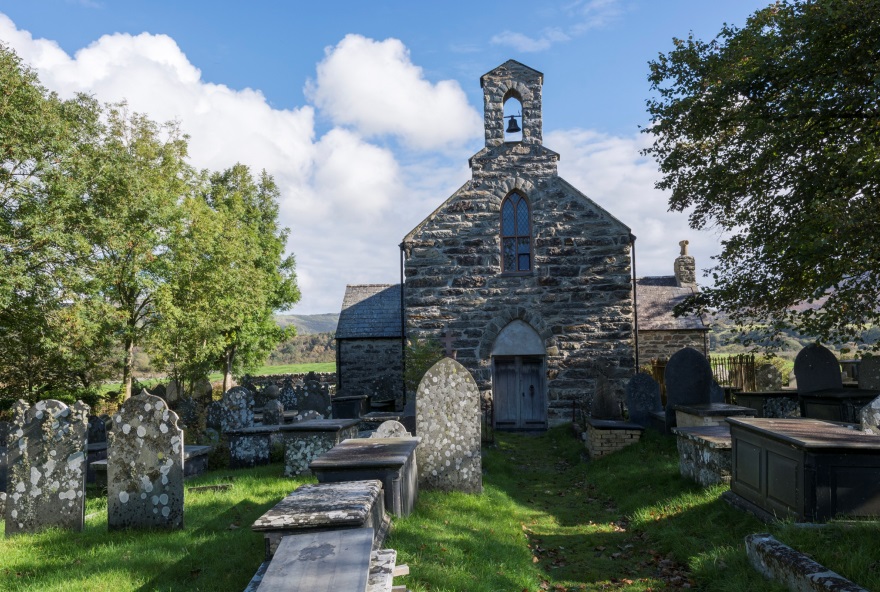