The slate in this mine, which is found in veins between layers of ancient Pre-Cambrian rocks, is among the oldest in the world. Many industrial towns in Britain and Ireland have the original roofs made of Llanfair slate. Descend Jacobs ladder and wonder through the tunnels and chambers, and look for the old drilling holes, and the likeness of a human face in the mighty no 6 cavern. As you emerge from the caverns, you face the breathtaking view of Cardigan Bay, from the Preseli mountains in the south to the Llŷn peninsula. Look down at Shell Island and the Artro estuary, and at low tide trace the fourteen mile long natural causeway of St Patrick. 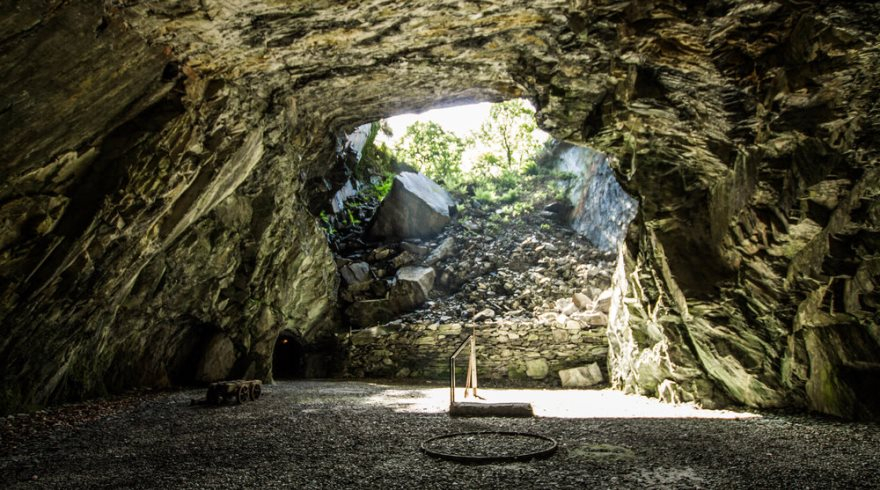