Harlech’s battlements spring out of a near-vertical cliff-face. 'Men of Harlech.' The nation’s unofficial anthem, loved by rugby fans and regimental bands alike, is said to describe the siege which took place here during the War of the Roses, wherein a handful of men held out against a besieging army of thousands. Edward’s tried and tested ‘walls within walls’ model was put together in super-fast time between 1283 and 1295 by an army of nearly a thousand skilled craftsmen and labourers. Edward liked to use only the best masons from Savoy and England’s finest carpenters and blacksmiths. At the time this was one of the cheapest of Edward’s castles. A snip at a mere £8,190. The structure, overseen by Master of the King’s Works, James of St George, boasts two rings of walls and towers, with an immensely strong east gatehouse. It was impregnable from almost every angle. Its secret weapon was a 200-foot (61m) long stairway which still leads from the castle to the cliff base. Access via the stairway to the sea and crucial supplies kept the castle’s besieged inhabitants fed and watered. When it was first built, a channel would have connected the castle and the sea. You could have sailed a boat up to the moat. Seven hundred years later, the sea has receded and you could say the castle appears almost stranded, waiting for the tide to turn once more. The newly installed ‘floating’ bridge at Harlech Castle makes access to the castle truly available for all. The bridge connects the castle with the brand new visitor centre in the former Castle Hotel building. Along with Caernarfon Castle, Conwy Castle and Beaumaris Castle, this monument has been part of the Castles and Town Walls of Edward 1 World Heritage Site since 1986. 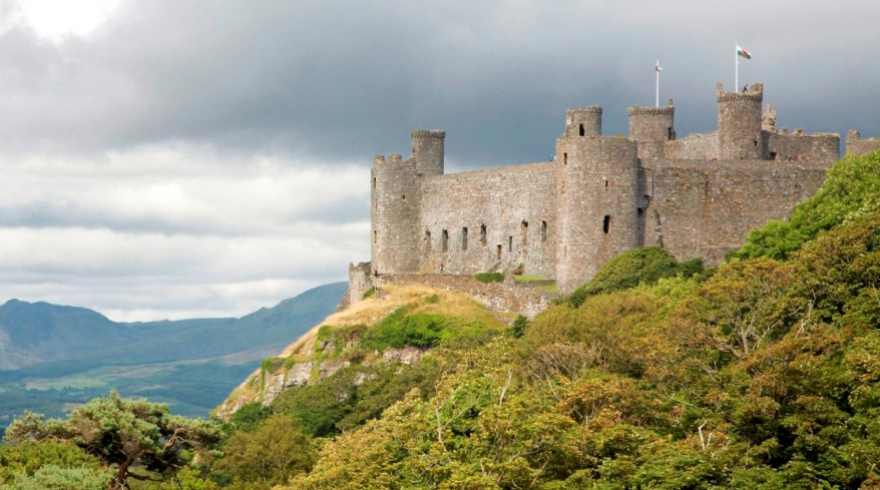 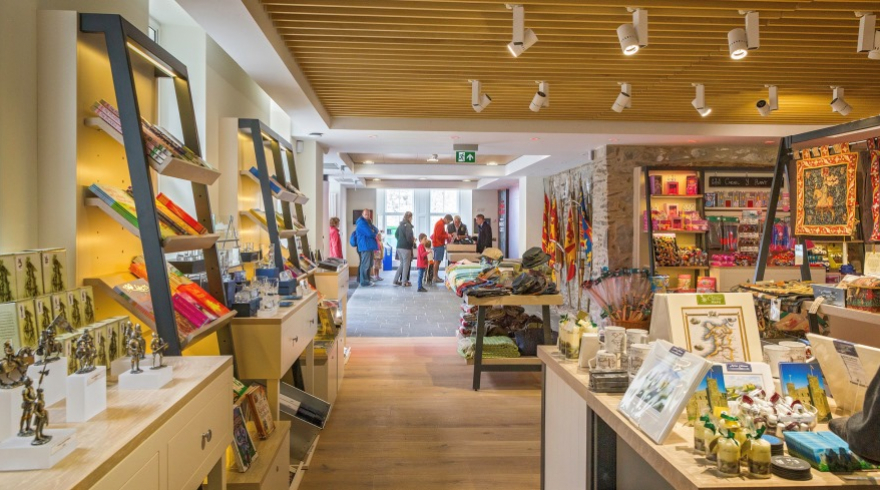 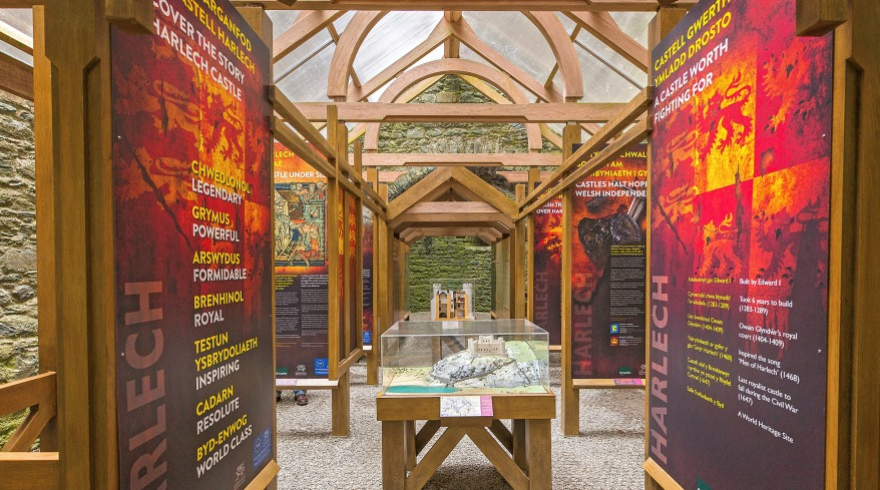 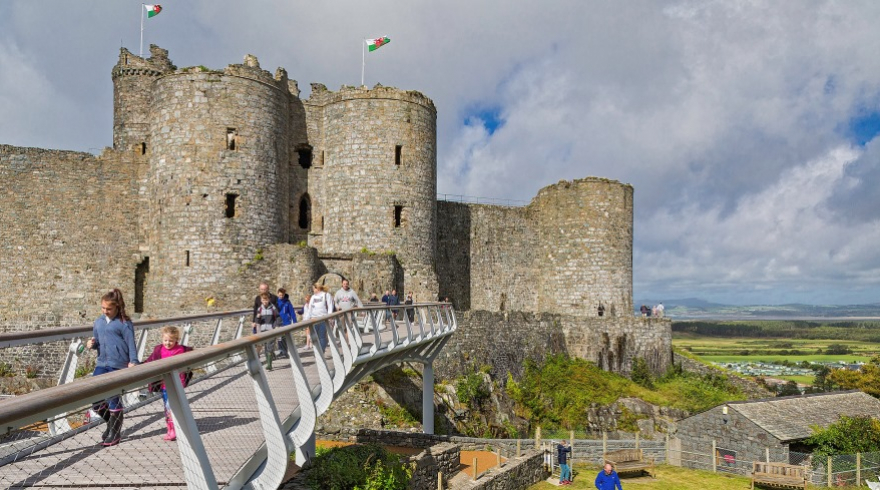