This six-day itinerary of around 200 miles is based on Wales’s recently launched Coastal Way route from the tip of Pembrokeshire in the south to Aberdaron, the ‘land’s end’ of North Wales. Taking in north Pembrokeshire, the grand sweep of Cardigan Bay and the southern shores of the Llŷn Peninsula, it packs in an amazing variety of coastal experiences.

Artists, pilgrims and lovers of untouched coastal beauty are drawn to the the tiny city of St Davids, which has grown up around a cathedral where David, Wales’s patron saint, founded a religious community in the 6th century. Go first to Oriel y Parc, the Pembrokeshire Coast National Park’s innovative visitor centre and art gallery, to get your bearings. Then take a boat trip through wildlife-rich waters to Ramsey Island. 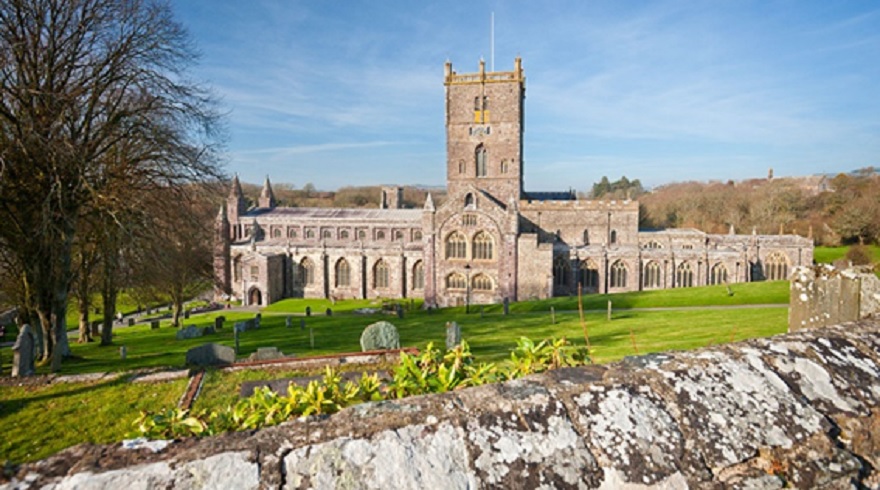 Overnight: There’s a good choice of places to stay. Splash out at award-winning Twr y Felin Hotel (very arty and luxurious) or the relaxing Penrhiw Hotel.

Call into Porthgain, a little harbour with an unconventional appeal. Quirky Porthgain has an unexpected industrial past as a quarrying port. Remnants of this previous role remain, alongside fishermen’s sheds (buy your fresh crab and lobster here), a renowned seafood restaurant, and the Sloop Inn, a legendary watering hole. 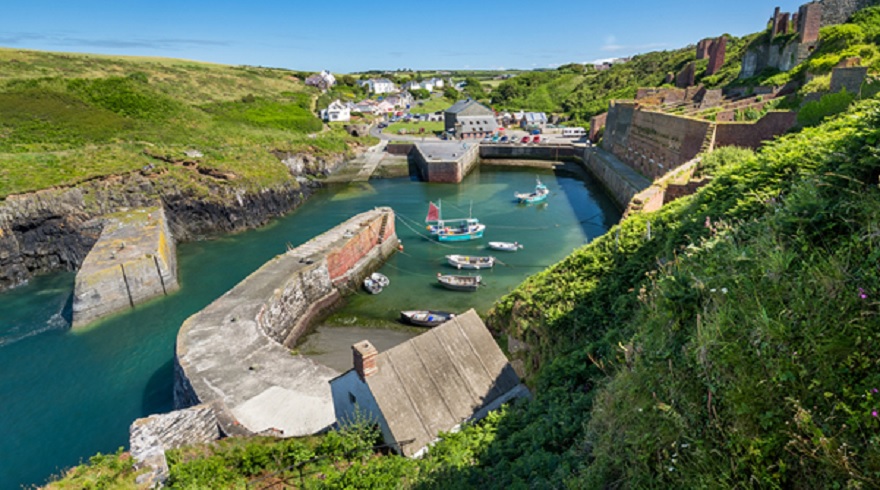 Then it’s on through the lanes to a more conventional rural industry that thrives to this day. Tregwynt Woollen Mill near Fishguard, founded in the 17th century, has moved with the times to produce fashionable designs and fabrics sold throughout the world.

Now head inland into the Gwaun Valley, a secretive, secluded vale where they celebrate New Year in the middle of January in accordance with the pre-1752 calendar. You’ll pop out at Newport, a trendy, discretely popular little town with inns, bistros, beach and Parrog (Newport’s old ‘port’). 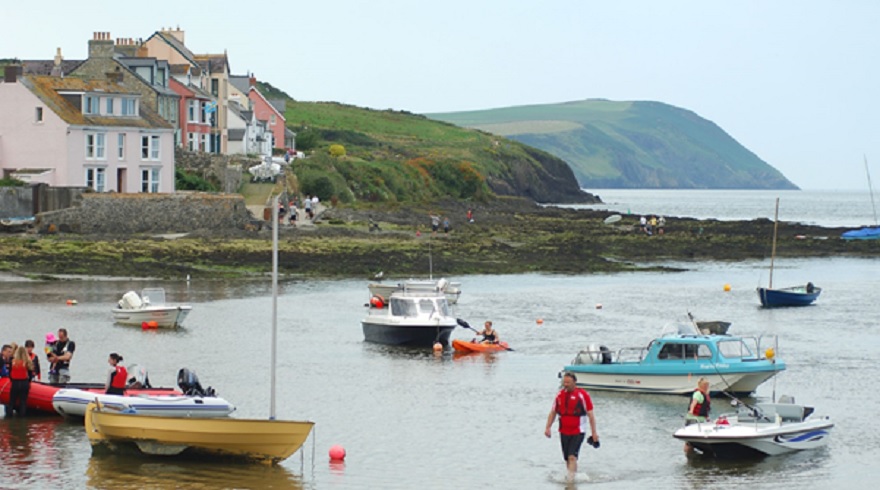 Overnight: You’ll find plenty of places to stay in or near Cardigan. Try the Bethsaida in St Dogmaels, an atmospheric B&B in a converted chapel. Or live like a king with a night in renovated Cardigan Castle.

Cardigan’s appeal is stronger than ever, thanks to the award-winning refurbishment of its castle, set in a dominant location overlooking the Teifi Estuary. This fascinating historic site also includes a handsome Georgian mansion and café/bistro. Then it’s time to browse Cardigan’s streets lined with independent shops.

Head down through the lanes off the A487 to Llangrannog, a charming coastal village. Blow off the cobwebs on a beach walk, taking in the weird, sea-weathered rock of Carreg Bica. Or follow the coast path to Ynys Lochtyn, a grassy promontory studded with quartz-flecked rocks and colourful flora that juts into Cardigan Bay like the prow of a giant ship. It’s ‘one of the best on-shore dolphin spotting sites in the UK,’ according to The Sunday Times.

New Quay, a classic Cardigan Bay harbour town, stands above a neat crescent of sand. Its seafaring past is recalled along the quayside, where a list of tolls charged to land cargo includes everything from coal to coffins. Dylan Thomas was so smitten with New Quay’s salty atmosphere that it influenced the creation of his masterwork Under Milk Wood.

Overnight: Aberystwyth, the resort, university town and unofficial ‘capital’ of Mid Wales, has a varied range of accommodation. For a contemporary Welsh feel stay at Gwesty Cymru. Also on the seafront is The Richmond, a sympathetically remodelled listed building.

Aberystwyth’s attractions and places to visit include the National Library, Ceredigion Museum, Vale of Rheidol and Cliff railways, marina and excellent shopping.

As you drive northwards through Borth you’re shadowing a ghostly stretch of coast known as Cantre’r Gwaelod or the ‘Welsh Atlantis,’ a legendary kingdom lost beneath the waves.

The classy resort and sailing centre of Aberdyfi has a large beach popular with sandcastle-builders and windsurfers. Nearby Tywyn is also well endowed with the sandy stuff. But if you fancy a break from the coast, take a trip on the narrow-gauge Talyllyn Railway to the mountain halt of Nant Gwernol.

Overnight: Barmouth is a well-placed touring base for mountains and coast. Stay at Endeavour Guest House or Glandŵr Mill, a mile or so out of town.

Soak up sensational Snowdonia views from the battlements of Harlech Castle, a World Heritage fortress next to a world-class golf course. Perched on a rocky crag overlooking the Royal St David’s links golf course, this medieval castle originally had access to the sea. A shifting coastline now leaves the castle landlocked. 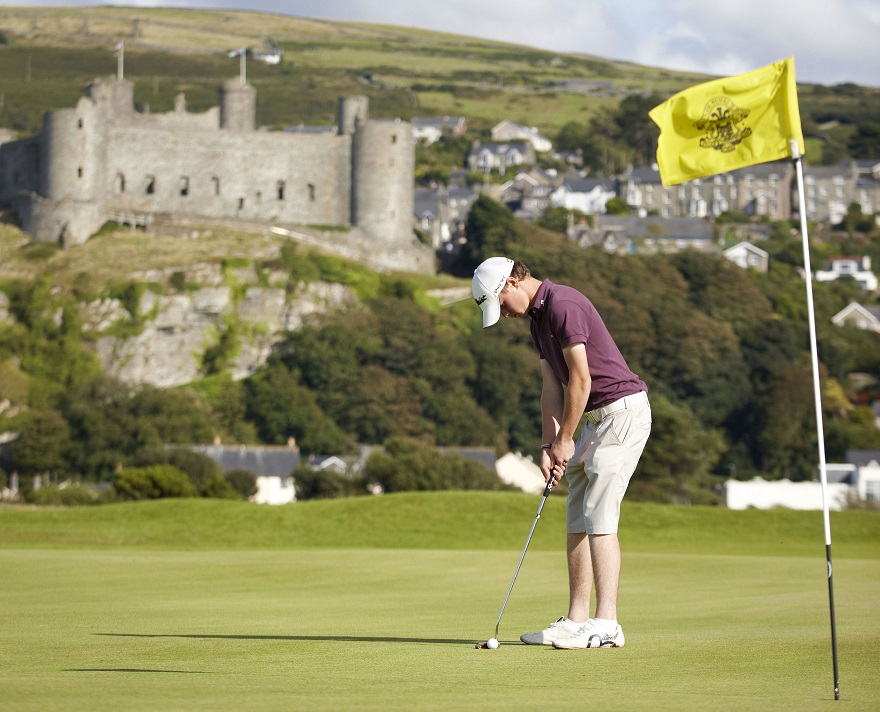 Further up the coast, Portmeirion is a true one-off.  A mash-up of styles, this surreal village mixes the Italian Riviera with Tudor England and the Orient. It was perfectly cast as the strange, otherworldly village in which Patrick McGoohan was trapped the 1960s cult TV series, The Prisoner. 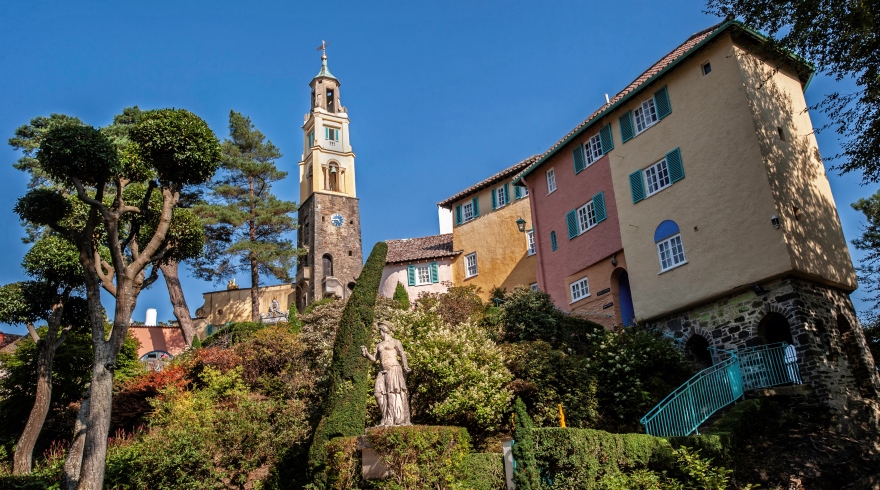 Next door is Porthmadog, the historic slate port that’s nowadays a rail enthusiast’s dream (there are no less than three heritage railways here). The town stands at the southern gateway to the Llŷn Peninsula, an Area of Outstanding Natural Beauty. It’s just a short drive from here to castle-crowned Criccieth, a resort with a distinctly Victorian flavour. 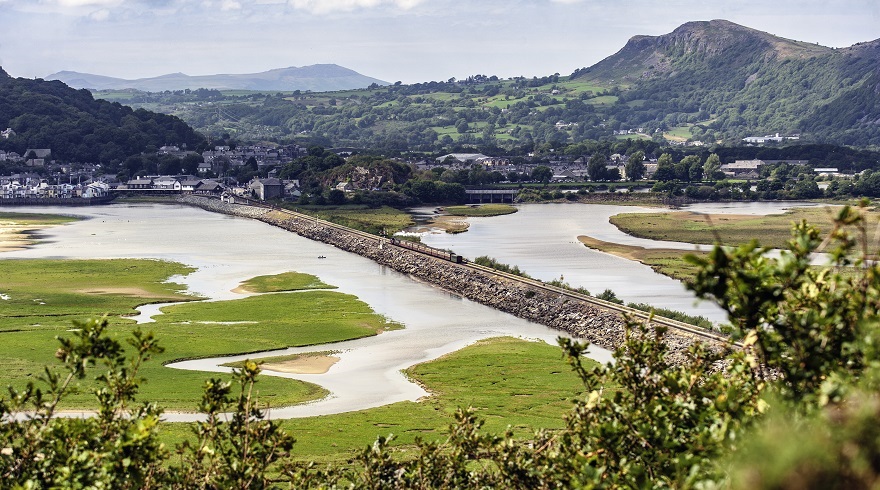 Overnight: Abersoch is another popular Llŷn resort. Stay at Porth Tocyn Hotel, a long-established favourite, or Venetia, a boutique restaurant with rooms.

Llanbedrog’s candy-coloured beach huts leap from the pages of many guide books. Splashy colour also leaps from the walls of Plas Glyn-y-Weddw, one of Wales’s leading contemporary art galleries. 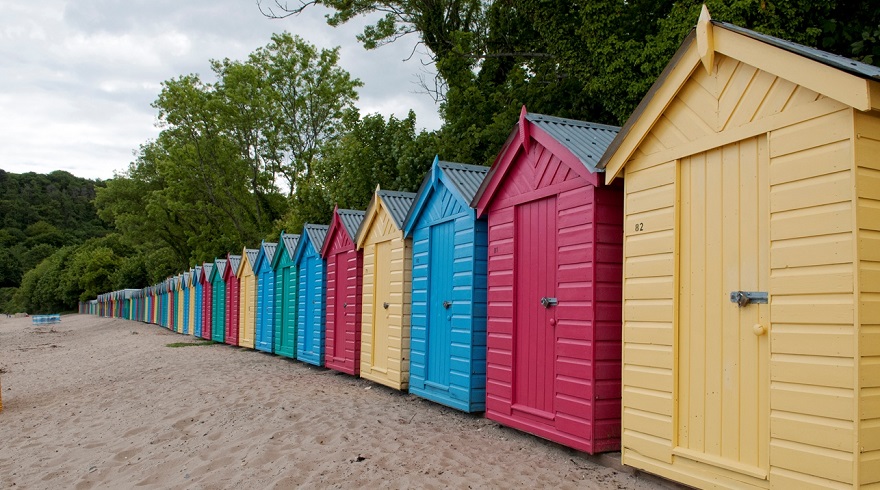 Journey’s official end is at Aberdaron, the far-flung village at the tip of Llŷn. Discover more about this singular peninsula and its Celtic heritage at Porth y Swnt Visitor Centre, or take a boat trip to Bardsey Island, the ‘Isle of 20,000 Saints’.

We say ‘official’ end, since it’s worth going the extra mile (13 to be exact) to visit the National Trust coastal village of Porthdinllaen and laid-back resort of Nefyn.